What if all of Malden read the same book?

Malden Reads: One City, One Book is honored to receive a matching grant of $15,000 to host the NEA Big Read in Malden for their tenth anniversary year in early 2020. An initiative of the National Endowment for the Arts (NEA) in partnership with Arts Midwest, the mission of the NEA Big Read is to broaden our understanding of our world, our communities, and ourselves through the joy of sharing a good book. Malden Reads is one of only 78 nonprofit organizations nationwide to receive an NEA Big Read grant to host a community reading program. Organizations could apply to receive as much as $15,000 for the grant. Malden Reads applied for this maximum amount of matching funds, and the committee is grateful to be the recipient of the full amount.

Being a part of the NEA Big Read is prestigious, and as part of the nationwide program, participants will notice some differences in the Malden Reads program. In order to meet the requirements for the grant, Malden Reads will have a new special name –NEA Big Read: Malden Reads. Applications were due in January 2019, and applicants were required to select one book as part of the grant from a list of over 30 diverse selections. In the past, Malden Reads has used the summertime to select the book for the coming winter’s program. However, due to the timeline and requirements for the grant, instead of the usual process of inviting the public to submit book suggestions and then to select the book, the Malden Reads steering committee selected the 2020 main book from the NEA Big Read list.

As part of this announcement, Malden Reads is pleased to announce the main book selection for our tenth anniversary year: Fahrenheit 451 by Ray Bradbury. As stated on the NEA Big Read website: “Called ‘the book for our social media age’ by the New York Times, Ray Bradbury’s Fahrenheit 451 is a gripping story that is at once disturbing and poetic. Bradbury takes the materials of pulp fiction and transforms them into a visionary parable of a society gone awry, in which firemen burn books and the state suppresses learning. Fahrenheit 451 is a ‘masterpiece … everyone should read’ (Boston Globe).”

The Malden Reads team has long been planning to select a classic for the tenth year, and the team is thrilled to choose Fahrenheit 451. Not only is the theme of censorship timely, but it is a unifying issue for recent immigrants from countries that repressed their freedom of speech. Although dystopian, the book celebrates the transformative power of books and meaningful connections among people. MATV, Malden’s Media Center, and the Malden Public Library, the two anchor institutions for Malden Reads, are looking forward to hosting discussions and programming on entertainment, technology, and media consumption, for example.

Books will be available for circulation in early 2020 at the Malden Public Library in English, Chinese, French, German, and Spanish, along with digital editions, both e- and audio . In addition, companion books for younger readers will be selected and available in early 2020.

To carry out the program, Malden Reads is seeking new volunteers to join a dynamic steering committee. Interested individuals who would like to be a part of a vibrant team or who would like to work independently should contact maldenreads@gmail.com. Extra support with publicity, event planning, social media, and flyers would be particularly welcome, and all new people are welcome!

The NEA Big Read showcases a diverse range of titles that reflect many different voices and perspectives, aiming to inspire conversation and discovery. The main feature of the initiative is a grants program, managed by Arts Midwest, which annually supports dynamic community reading programs, each designed around a single National Endowment for the Arts Big Read selection.

Since 2006, the National Endowment for the Arts has funded more than 1,400 NEA Big Read programs, providing more than $20 million to organizations nationwide. In addition, Big Read activities have reached every Congressional district in the country. Over the past twelve years, grantees have leveraged more than $50 million in local funding to support their NEA Big Read programs. More than 5.7 million Americans have attended an NEA Big Read event, approximately 91,000 volunteers have participated at the local level, and 39,000 community organizations have partnered to make NEA Big Read activities possible. For more information about the NEA Big Read, please visit arts.gov/neabigread.

Malden Reads is a community reading program that seeks to answer the question, “What if all of Malden read the same book?” Since its inception in 2011, the program has been organized by a dynamic group of volunteers in collaboration with the Malden Public Library and MATV, Malden’s Media Center. To join the email list (the best way to stay informed about our programs), click here. 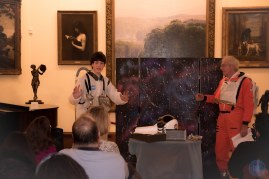 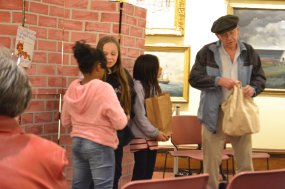 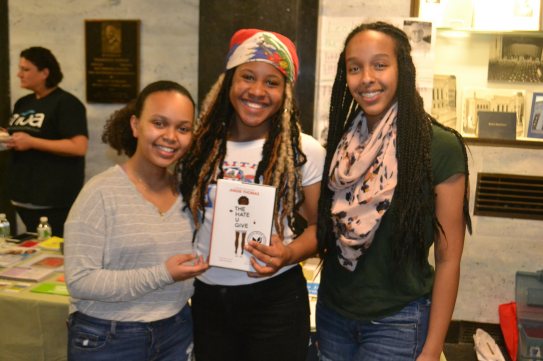 This entry was posted on June 12, 2019 by annedr in Uncategorized and tagged community read program, Fahrenheit 451, Malden, Malden Read, NEA Big Read, One City One Book.